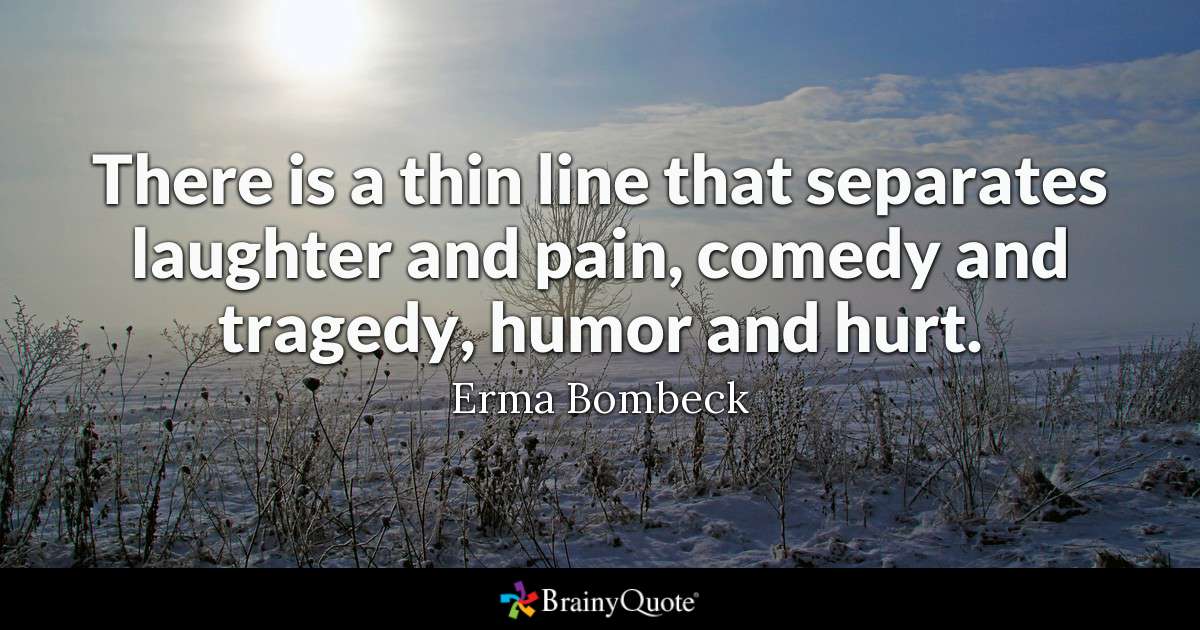 One of the hardest things I’ve ever had to do is resign from my job as a high school English and Theatre Arts teacher. From the time I lined up my stuffed animals on the basement stairs and taught them their ABCs, I had always wanted to be a teacher. After many years of hard work and sacrifice, I had achieved my Master’s in Education, reached the top of the pay scale, and possessed a retirement plan that seemed to be the envy of all. With tenure, seniority, and the support of a powerful and vocal union, I felt safe and secure. I loved being a teacher and devoted much (in retrospect, too much) of my time and energy there.

Then supportive and empowering administrators were replaced with critical and punitive ones. Teachers were forced to administer daily prescribed curriculum and threatened with insubordination for asking legitimate questions. District office personnel we had never even seen started penetrating the building, in search of anyone in violation. Esteemed teachers started leaving at alarming rates for new jobs, early retirements. Soon the toxic environment pushed me to my breaking point as well. In one day, I went from teaching in my classroom to being admitted to a hospital psychiatric unit. There’s nothing funny about that. But hold on.

I spent the next year and a half out on medical leave and worked on my recovery. As my brain healed and my confidence returned, the time came when I had to either return or resign. Devastated, but not wanting to risk a relapse, I waited until the very last day and resigned from teaching–the career I treasured and worked so hard to achieve. Still not funny, but wait–there’s more!

It took me YEARS to get over it and I harbored resentment until it ate me from the inside like a radioactive element. I had no idea how to channel all that pain, anger, and bitterness. Until one day, I just started laughing about how ridiculous my situation had become. I realized the absurdity and futility of remaining in the profession I once cherished and prided myself on my courage to leave. As if in a trance, I opened a Word document and my fingers found the keys and within ten minutes, I had written this short scene, which is based on an actual conversation I had with an administrator. I changed the end to reflect what most teachers who find themselves in this situation want to say, but can’t (that is, if they want to stay employed). So whenever I feel myself pining for the job I left behind or those angry, bitter feelings start to swell, I pull out this piece and chuckle anew.

So without further ado, I give to you BANG HEAD HERE:

PRINCIPAL, a 30-year-old male in tan dress pants and a light blue button-down collared shirt under a gray sports jacket sits at a large mahogany desk in his office leisurely scrolling through e-mail with a warm cup of coffee resting on upper right side of desk.  TEACHER, a neatly dressed woman in her mid to late 40s, stands outside his office, anxiously waiting for PRINCIPAL’S attention and glancing at her watch. TEACHER wipes sweat from forehead and clears throat to get his attention.

P (looks up, but quickly resumes typing):  I’ll be right with you.  I’m just finishing up an e-mail.

T  (glances again at watch uneasily, clearly annoyed):  I can see you’re busy, but our appointment is scheduled for—

P (Still focused on screen, waving T into his air-conditioned office and continues to type):  Oh, yes. Please have a seat.  I’ll be right with you.  (He grins and chuckles to himself, as if he’s crafted a witty post or created a new meme).

T: (Sitting in chair): I have to teach in ten minutes.

After a final emphatic click and a self-assured nod.

P:  (Sighing and leaning back in leather high-backed swivel chair and folding hands behind his head).  So, what brings you here?

T: As I mentioned in my e-mail, I wanted to address some concerns I have related to Anthony’s ongoing behavior in my class.

P:  Oh yes, that’s right. Neat kid.  (Nods head agreeably, though he has no clue who Anthony is). So, what seems to be the problem? (P leans forward to sip some coffee.)

T: (Matter of fact): Tony disrupts class on a daily basis and it’s making it difficult for the other students to learn.

P:  Hmmm, I see.  (He takes another sip and replaces cup, folds hands on desk.) So, what is he doing to disrupt the other students?

T:  Well, yesterday he just got out of his seat and took another student’s pencil.  Then he—

P (Cutting teacher off.  Defensively.) Perhaps he needed one.

T: He threw it out the window.

P: Wait. Why was he near the window?

P:  Yes, why was he by the window in the first place?

T:  His case manager recommended Tony be able to get up and move as he feels the need.  It’s part of his IEP. The point is he took another student’s pencil and—

P:  Yes, I understand that.  But why would he go to the window?

T:  Probably to throw out the student’s pencil.

P:  Why were the windows open?

T:  It’s over 90 degrees today and there’s no air-conditioning in my room.  It gets very hot in a small room with 30 students and it helps to–

P:  In the future, just have him sit on the other side of the room so he isn’t near the window.

T (frustrated):  He doesn’t sit near a window. He got out of his seat and walked over to the window. That’s when he grabbed a student’s pencil and tossed it—

P (Appears to be in thought) Now, I’m not suggesting…. Well, I’m wondering if…. Well, exactly what were the other students doing when Tommy got out of his seat?

T:  They were writing in their journals.

P (Disapprovingly, turning mouth down):  That’s a rather sedentary activity.

T:  Well, it’s a five-minute freewriting exercise to get their ideas flowing and to generate material for their writing.  It also helps with fluency.

P: (Confused):  Fluency?  (Beat.)  Could this activity be more interactive?

T:  After they write, they share what they’ve written with a peer.  It’s just a warm up to get them—

T:  Yes, to get them thinking, writing, putting their thoughts—

P:  Yes, but what do they DO with these thoughts?

T:  It’s a prewriting activity for the first stage of the writing process.  Eventually, their responses become—

T:  the basis for a thesis or a narrative or a poem.

P:  But clearly, this is not an activity that engages ALL students so consider other ways for students to express their ideas.  Otherwise, Tommy will continue to be disengaged and act out.  I would suggest reaching out to other teachers for ideas on how to create more engaging lessons.

T:  This was just a five-minute—

P:  Well, let’s get back to Johnny.  I mean, Tommy.  How did you respond when he threw the pencil out of the window?

T:  I gave the student another pencil so she could continue writing, but at that point, most of the students were reacting to Tony so I asked him to step out into the hall so I could speak to him privately, but he yelled “Fuck that! I’m going to the library!” and stormed out of the room.

P:  So you just let him go?  That sounds like you’re rewarding him.

T:  Well, I couldn’t continue to follow him down the hall and leave the other 29 students unsupervised.  I did call the library and they confirmed he was there.

P:  Why didn’t you send him to his case manager?

T:  She is co-teaching a class that period so she isn’t available.  There is another case manager Tony can go to, but he refuses.

P:  Have you talked to his case manager about this?

T  (checks watch, starts to panic):  Not face-to-face. I did send several e-mails to her as well as his guidance counselor explaining the ongoing situation, but I haven’t heard back yet.  I’ve also spoken to his mom about his behavior.

T:  She said she gave up years ago and wished me luck.

P:  You mentioned ongoing behavior?  What other things has Tim done?

T:  He calls out random things in the middle of class to get attention.

P (smiles and leans back in chair):  Ah, so he’s comfortable speaking out in class.  Perhaps you could find positive ways for him to use his voice and sense of humor?

T (shocked and confused): Sense of–??

P:  He obviously wants to participate.  Perhaps you could let him teach a lesson or assist in some other constructive way?

T:  I tried that and it was a disaster. He ended up making faces at his classmates and telling jokes. I’d love to get him involved that way, but he would still need to follow the expectations, stay focused–

P:  I’m sure he will once you give him some leadership.  He hasn’t had problems in his other classes.  Have you talked to them about what they’re doing?

T:  Actually, I emailed all of his teachers this semester.  Only two responded and they both said he acts the same way in their classes.

P:  I must say, I’m surprised.  We’ve never had any problems with Tim in the past.

T:  Tony was expelled last year and spent the rest of the school year in alternative school.

P:  Oh, have you met the Special Ed Lead Teacher?  He’s a great resource, too.

P: I’m really glad we could figure this out.

T: Oh, I figured it out. You want me to waste taxpayers’ money and deny 29 other students their right to an education so I can escort a special needs student to the library because his case manager is co-teaching a class and isn’t even available as a resource, which is in clear violation of his IEP.

T: We can continue this conversation in my room after school. I’m in A125.

P is still processing, not sure what just happened.

T: (Turns back right before she enters the sweltering heat of the hallway.) Oh, and you might want to ditch the sports jacket. It’s hot.